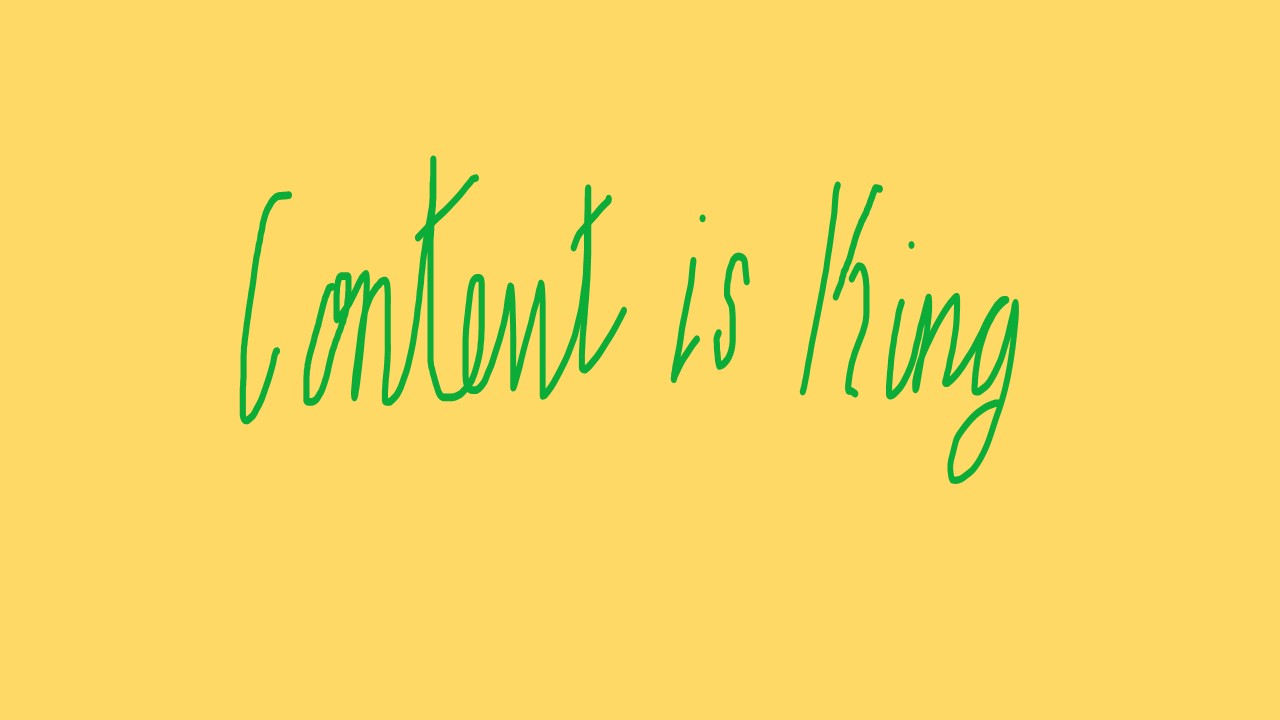 As someone who has worked closely with media organisations which produce high-quality content, headline-generating comments such as the one yesterday by Mathias Dopfner of Axel Springer in the Financial Times (‘Axel Springer Chief warns traditional media companies risk extinction’) do nothing but underline the lack of vision at larger media corporations in adapting their business models at a more rapid pace over the past two or three decades. Furthermore, there is a real element of sensationalism when you consider that Mckinsey & Company are currently only forecasting retraction of 1.5% and 2.1% per annum in two media sub-categories, Newspaper Publishing and Consumer Magazine Publishing.

On a lighter note, after catching Bridget Jones’s Baby on Monday evening one vaguely related thing really stayed with me. Bridget resigns from her position as a news producer on the basis of a lack of integrity in the newsroom. I have to say that much of the media sensationalism prevalent today, even in historically respected publications like the FT as well as news organisations like the BBC, seems absolutely ridiculous. This is likely to be as a direct result of the need to gain an allegedly deeper connection with individuals as well as showing emotional engagement with content across platforms. The reality is that we are increasingly bombarded with rather facile, superficial headline generating material whether it is printed news or video based news, regardless of platform. This is a rather unfortunate situation which consistently leads to headlines like the one highlighted above.

So, where did it all go so wrong? Dictating Terms, the inevitable misstep by big media

The subheading in the same article is indicative of the attitude taken by conventional media organisations in expecting technology platforms to adapt and accept content on their terms: ‘Matias Dopfner says Google and Facebook must change their attitude for publishers to survive’. Inevitably, this approach has been an abject failure with platforms like Facebook and Twitter increasingly taking the role of content custodians, aggregators and distributors.

Sadly, if this energy and effort had been redirected to reinvent business models at a more rapid pace, adapting to the reality of real-time generation of content disseminated over a variety of technology platforms – regardless of source, perhaps ‘extinction’, or more likely a more focused presence, would no longer be an issue for many more established media organisations.

In my view, strong, high-quality content generates value which can be monetised. Of course, there will always be demand for content at all price points – especially free content. This remains a basic economic premise which is unlikely to be challenged. It is just that we have had a slightly anomalous situation over a period of around two decades where the basic laws of economics did not seem to apply in a conventional form. During this period, many producers of high-quality content started to give away content for free, often without even advertising, as a tactical reaction to the appearance of new distribution platforms. This has been remedied somewhat over the past decade as we now have tiered content distribution where more enlightened media organisations like News Corporation have become a little more discerning with the introduction of pay-walls and advertising for premium content (i.e. Wall Street Journal, The Times).

In parallel, over last two decades, the level of content now distributed free at the point of consumption has grown significantly. Thankfully, even at this end of the content spectrum, there is some differentiation. Higher quality content consumed free at the point of consumption generally comes with advertising. This enables some revenue to flow back to content creators be they individuals or media organisations. This is regardless of platform (i.e. Youtube, Facebook, Twitter or other platforms)

It is worth noting, that in certain subsectors where real-time news was monetised early, albeit over private networks, namely financial news, the effect of wider availability via new platforms has arguably further elevated the value and status of the content produced. I am thinking here of brands like Reuters (now Thomson Reuters) and Bloomberg. As a result, these organisations have managed to maintain market-leading positions with relatively high levels of profitability.

Another point of reference, the music industry (please see my article Digital Music: Evolution or Revolution – July 14, 2015) serves as an interesting leading indicator of the effect of the real-time distribution of content in a business to consumer environment. As industry revenues have plateaued, new winners have emerged. The role played by organisations like Google, Facebook and Twitter in the wider media industry is analogous to that played by Apple Music and Spotify within the music industry, a subsector of the media industry.

Notably, the role of conventional players in the music industry has not been fully eclipsed. Record labels still exist and provide what is ostensibly a similar function to that provided in the past (A&R, Production, Sales and Marketing etc) albeit in a more focused and relevant form. Artists or content producers are still highly prized despite the fact that financial rewards are now further skewed towards those who are more successful. The main element of the industry which has experienced significant change is the way in which content is distributed and consumed.

As streaming becomes the predominant distribution mechanism over time, artists and music labels, analogous to content producers and media organisations, have found new ways to maximise value. Amongst these have been mechanisms which are not dissimilar to those used in the past. Pre-releasing material over favoured platforms, limited release material in private fan only areas, curated playlists with influences highlighted, interviews with artists in private areas, artist alignment in recommendation engines, augmenting comments from fans on various distribution platforms etc. This innovation is likely to become even deeper as virtual reality, machine learning and artificial intelligence are employed to further align content and the human experience to individual taste.

If we look at historical precedent many of these elements were in place. Some of my contemporaries will recall white label releases to DJ’s and record stores, private performances / documentaries and interviews distributed via DVD, curated playlists distributed by targeted media, fan mail read out on live TV interviews and magazine articles going to great lengths to define genres and artists with similar sounds. Much of this activity happens in real time today with distribution costs of near zero. However, the lessons for media organisations remain as poignant as ever, value can be created in many ways if you own high-quality content and the production mechanism. It merely requires a more open-minded approach.

The book publishing industry provides another point of reference for larger media organisations. However, book publishing has remained a little more protected relative to other forms of print media. The major disruptive element, all you can eat services such as Kindle Unlimited and Scribd have been adopted more recently and revenues generated via these services remain limited. This is especially the case if you consider these revenues relative to book industry revenues as a whole, which are still forecast to rise, albeit at a relatively modest rate of 0.94% (Mckinsey Global Media Report). Indeed, two startups within this space, Entitle and Oyster, have recently closed down as the economics only really seem to make sense at scale. Oyster became an acquihire for Google with Entitle unable to continue operations due to a combination of reasons including a lack of revenue and a sufficiently differentiated proposition. So disruption in this media segment has been rather more pedestrian relative to other media subsectors. But it would be rather short-sighted to suggest that significant change will not affect the industry over time. One can imagine a time in the not too distant future where all newly published titles will become available via subscriptions services provided by the larger technology platforms including Amazon, Google and Apple with Scribd becoming an acquisition target or a niche player. This could cause disintermediation which would run deeper than the music industry but no one is likely to forecast that the role of publishers will not exist.

Media organisations are unlikely to become ‘extinct’ but rather more likely to become focused and relevant to their audiences be they business to consumer or business to business. This move will be facilitated by the further adoption of digital consumption, augmented & virtual reality, and artificial intelligence.

So it is not so much ‘content is king’, the mantra of the noughties but more ‘content is key’ The key to unlocking survival and new forms of value.

As a result, unless we want to move towards an environment where there is only commoditised, user generated and sponsored content, with an inevitable bias, there is no question that high-quality independent producers of content must be compensated appropriately. But this compensation must be derived on the basis of how business models are adapted to mesh with the emerging reality, not on the basis of enforced historical norms.

The economics suggest that there will always be demand for high-quality content which buyers are willing to pay a premium. In my experience, this is true for both financial and niche content, both text and video. Inevitably, it is those organisations which are creative enough to realise how to capture those pools of value which will remain relevant and profitable.

As to the way in which media producers of content engage with technology firms, surely allowing some content to pass through to the larger platforms (Google, Facebook, Twitter, Snapchat) on an unpaid basis combined with some content which is protected by a subscription model is an emerging business model which makes absolute sense. One need look no further than the Financial Times, Wall Street Journal, and the Economist for how this strategy is employed in the real world.

As for the downside, the US presidential elections and the Brexit campaign in the UK provide pause for thought. Both serve as a note of warning with regards to how easily media organisations are influenced by rhetoric versus fact in a world where real-time news, content aggregation platforms and user-generated content dominate.

So once again, smart media need not worry about extinction but more about focus, relevance and connection. As ever, content is key.